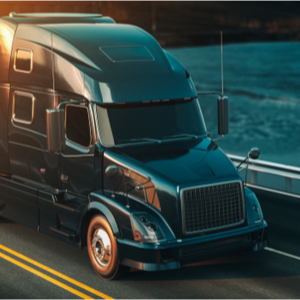 Need something to do down south next weekend?

Take a break from 2290 filing and explore the world of Bandit Truck Racing with the upcoming Bandit Truck Series race.

New to Bandit Racing and have no idea what I’m talking about?

Here’s everything you need to know about Bandit Racing and the Bandit Big Rig Series in particular.

Everything You Need to Know About Bandit Truck Racing

What is Bandit Racing?

Bandit Racing is essentially truck racing for the trucking industry.

Who knew truck driving could be so exciting!?

What is the Bandit Big Rig Series?

The Bandit Big Rig Series runs from March 23rd to October 12th, with 12 truck racing events across the country.

The Bandit Big Rig Series, in particular, focuses on big rig truck racing on short tracks across the United States. This series was designed to be affordable and accessible for anyone wishing to put together a race team.

The Bandit Truck Series race coming up on August 31st will be held at the iconic Five Flags Speedway in Pensacola, Florida.

Kids 8 and under will get in free! VIP tickets, specialty seating, and discounts are available on the Bandit Truck Racing website.

Bring the whole family out for a fun night of big truck racing!

Big truck racing has been more exciting than ever this year, with 7 feature winners in 8 races. With only 3 races left in the season, the stakes are high!

Don’t let the excitement get to you just yet.
Before you head into a great weekend of hot shot trucking, take care of business with ExpressTruckTax.

File your IRS Form 2290 in as little as 10 minutes and get the work out of the way before your big Bandit Truck Series weekend.

Not that you can even call it work! ExpressTruckTax makes filing easy with FREE VIN corrections, an easy-to-follow process, and an instant error check. You’ll be done with 2290 filing in no time.

Already finished? Great! We’ll see you out on the track.